Systems thinking tools focus on cause and effect relationships that together drive the behavior of things we care about over time. Profits are just one of those things.

This blog is part four in a several part series on Incarceration & Health. Below are links to the three previous blogs in this series:

I invite you to share your thoughts and comments.

In February 2016, I traveled with some colleagues to St. Paul Minnesota where the Department of Health had convened about ~30 people to talk about the relationships, the connections between Health and Incarceration, i.e. the system. This Incarceration blog series covers many of the ideas these articulate folks discussed.

No serious look at a system in the US is complete without following the money.  The group identified a couple of different places where money is flowing – and not flowing – that are worth mentioning.

Investment (or Not) into Community Creates Self-fulfilling Prophesy

Related to the previous post, there is a lack of investment into communities that are predominantly people of color. The long 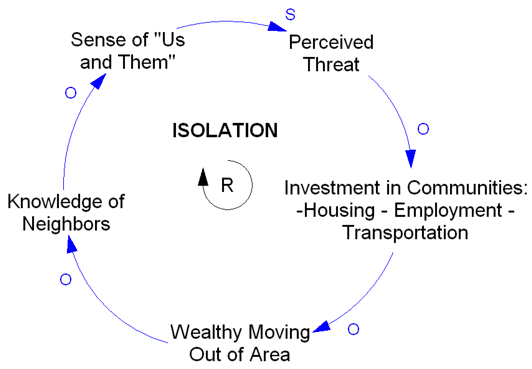 history of government sponsored Redlining led to White Flight, and created enduring segregation of white communities and black communities. White flight was exacerbated by a profit-taking scheme created by real estate businessmen; they fanned the flames of fear to get white people to sell quickly at a lower prices.

Investments in black communities for housing, business, transportation, education, and healthcare were lower than in the newly growing white suburbs. These are the very factors one thinks of when thinking of a healthy community.

It is noteworthy, that the recent ACA (Affordable Care Act) Medicaid coverage is now only provided on a state by state basis. Many of the southern and conservative states have opted out, leaving the same investment-starved black communities without the sorely-needed healthcare coverage.

Community health has been to a large degree self-fulfilling prophesy for both white communities and black communities. Investments serve to boost community health. Previously incarcerated people come out of prisons in an unhealthy state, having not received adequate health treatment. And given the lop-sided racial representation in the prisons, they return in higher rates to communities of color, where there are fewer resources to help them survive, much less get well. Too often they don’t.

Unhealthy communities and people reinforce the fear and isolation of white communities, sometimes located mere miles away. And the isolation itself is a contributor.  As long as white people have limited exposure have to black people, to their stories and their lives, the more fear will continue to drive our policies, and investment patterns.

In 2015, $80 billion dollars were spent in the US on incarceration of 2.2 million people. At the heart of any successful business is a growth engine, a reinforcing loop. In this case there are many private for-profit companies large and sm 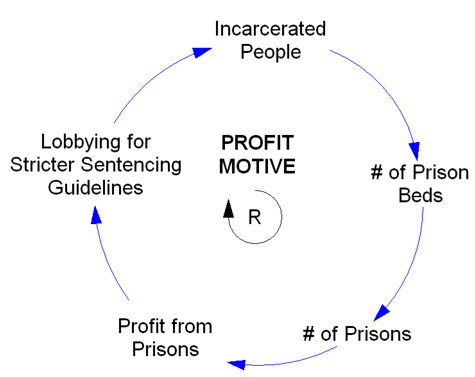 all who have benefitted from the expansion in incarceration of the last several decades. One group in MN came up with this diagram showing how the profitability gives the industry greater sway in developing policies that lead to a growing population, increasing demand for their products. That just what capitalism does; it works to expand markets maximizing their return on a given investment. It is certain, the business of providing the various services to the so-called prison-industrial complex has help to fuel its growth.

But the expansion, and the increasing price tag hasn’t gone unnoticed. Many states have been balking at adding more prisons, which has led in many cases to overcrowding. The strictness of parole policies increases recidivism, but the p 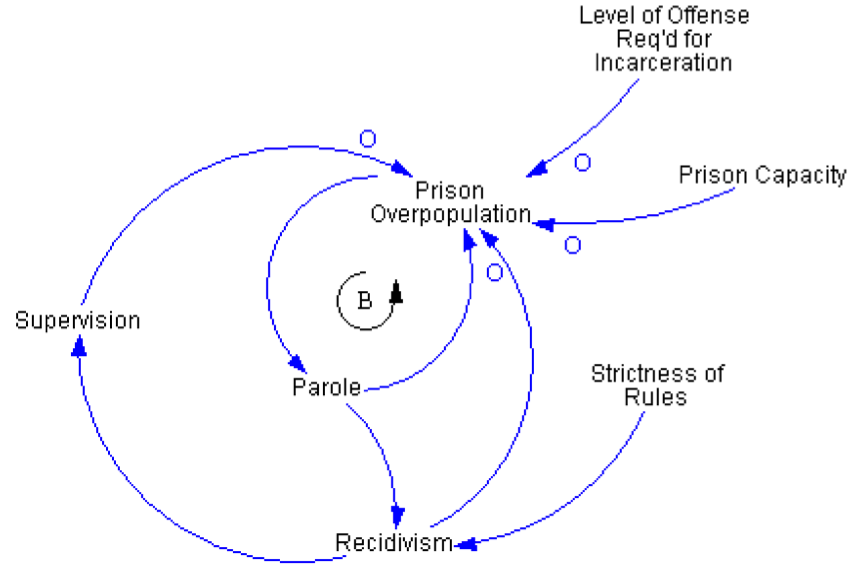 risons are full. So a new market, products enabling supervision outside of prisons and jails, is growing. And it has a much lower upfront investment.

Over the last several years there has been a lot of media attention on the growing prison industry, and policy makers have been aware of the safety and abuse issues with for-profit prisons. The US Justice Department in August announced a decision to close private for profit prisons for federal inmates over time. The three primary corporations providing most of those services are predictably fighting back.

Prison Labor – A Great Deal and Adding Insult to Injury

Even now, in 2016, prison labor is widely used by the US federal government and for many well-known private corporations. Inmates earn between zero and two dollars per hour to do farm work, provide customer service, clean up oil spills, and assembling military uniforms, lingerie, and fast food uniforms. Some say, in the case of the federal government, they are saving the taxpayers money. Which is true, but this practice also increases the number of unemployed people who could be doing those jobs at minimum wage. It is a regressive policy, allowing multibillion dollar corporations to make m 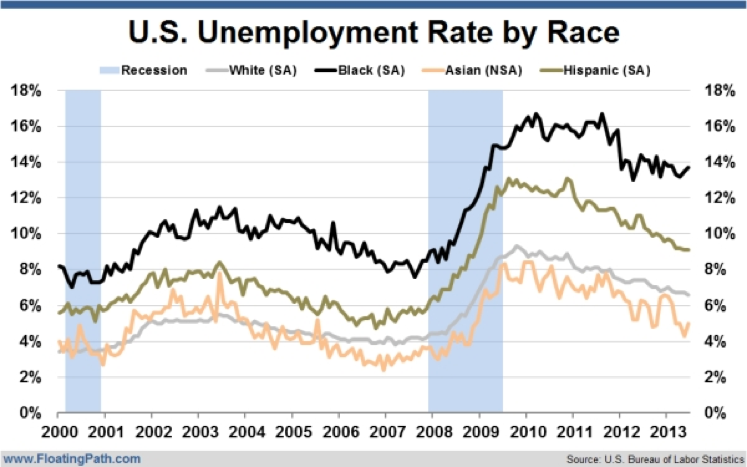 ore profits that are distributed to the top 10% of earners while denying people in poverty jobs.

Even in 1927, the US government recognized the ‘ruinous and unfair competition’ prison labor created, and regulated programs were created to prevent these effects. The latest manifestation implemented by the US Congress in 1979 is known as the Prison Industries Enhancement Certification Program (PIECP or PIE). Presently mandatory wage requirements for PIECP are being ignored and openly violated. As a result, many jobs have been lost to the prison labor industry, competition with free-market businesses has been stifled, and predatory market behavior is being supported. [link]

As I discussed in Part III, this practice began with the use of the post-Civil War Black Codes, laws that essentially made being black a criminal offense. It very efficiently jailed the newly freed slaves, and put them to work again for land owners, creating a captive, sub-prevailing wage labor source.

Today, our prisons and jails are filled predominantly with people of color, and the practice continues. While it certainly gives the appearance of overt racism, the results of this practice are, in deed, biased against people of color, whether intentional or not. Contract prison labor continues to put people of color in a position of working for practically nothing, in addition to a complete loss of their freedoms and rights.

In our country, where the capitalist system rules, it is vitally important to understand who benefits financially from laws and policies. And it is imperative that they do not have an undue influence in the decision making. The health of a society is measured in more than collective corporate profits that have ‘naturally’ accrued to the wealthiest few. The system of incarceration in this nation is a source of disease for our society.

From the beginning, the US incarceration systems were designed to maintain and increase profitability and wealth of landowners and business owners.

Wealthy and powerful interests have historically used policies designed to target and incarcerate people of color. Prisons and jails are run as businesses, minimizing expenses, and working to expand market. At least 47 corporations have and continue to exploit captive unpaid labor source in the form of prison labor.  This, in spite of regulations on the books that are not being enforced. These policies need to be enforced.

People who spend time prison come out less healthy, physically and mentally.  They face barriers to adequate housing, employment, and health services. For the rest of their lives, they are the target market for the prison industry. Individuals who are incarcerated must have adequate healthcare services including treatment for addiction and mental illness. These services are also necessary after they are released. [Part I]

The families of people who have been incarcerated have been injured by that system. Their children have a higher number of adverse childhood experiences (ACEs), which increases their likelihood of disease and unhealthy and criminal behaviors. This is a vicious cycle, that becomes a generational pattern. Incarceration leads to dis-ease in many families. [Part II]

Certain communities have been damaged by the systems of incarceration. Since the 1950s, real estate policies have led to extreme segregation and isolation of white and black communities.  Black communities are viewed with fear, and as riskier investments for businesses.  They become the holding place for previously incarcerated people. Incarceration causes dis-ease in many communities. [Part III]

Hope for a Better Tomorrow

The group also had some hopeful thoughts about how to get unstuck from this situation through organizing. Through my 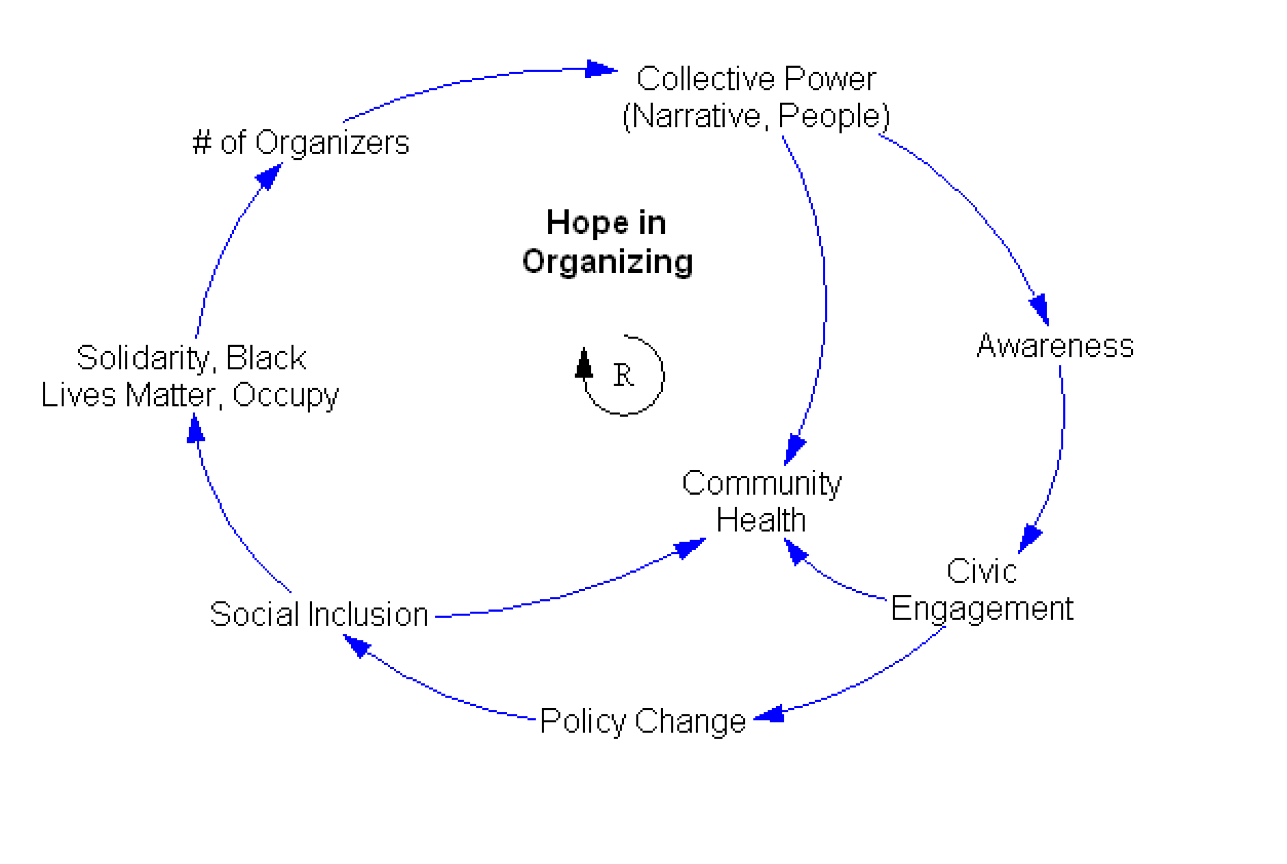 systems thinking lens the policies that perpetuate these patterns must be changed. To increase the health of all our communities, we need:

The group in Minnesota noted that all of this starts with organizing.  Although it is a long and partial list of policies that need to be addressed, it begins with collective action. Awareness and civic engagement is also a reinforcing cycle, and will lead to policy change. And slowly at first communities will become healthier, and hope will grow.  There will be opposition – peaceful I hope – but many of us will be proud not to have been bystanders.