Home NewsSurprise, surprise <br> The election was (partly) about money

Educated enough to be comfortable. Comfortable enough to care more about decency than money.

I was as surprised as anyone about the outcome of the election.

I should have seen the clues. I’m from rural America, Pennsylvania, the Keystone state. In our monthly pilgrimage there, we drive through a lot of small towns, and almost always there are empty store fronts. I know some people in these towns are struggling to make ends meet.

At work, I collaborate with a number of people who are economists. They define rational behavior as making choices that maximize (monetary) value. In other words, in their view, there is no other legitimate rationale. And we know. Money talks. And boy, did it on November 8.

We also know that the wealthy have been getting wealthier, and the middle class’s real income has been decreasing for decades.

(Actually centuries if you look at Thomas Piketty’s data, and in all the industrialized nations. I did a review of his book Capital in the 21st Century and pulled out key insights. You can see it here.)
I know that good jobs are hard to find anywhere, but especially in rural America, the manufacturing base in rural US has been eroding for a long time. “Brain drain” is something locals bemoan, as the majority of young people leave for urban areas in hopes of finding their future.

We have also heard that heroin and prescription opioid addiction is a growing problem everywhere. It turns out the overdose deaths in rural areas are higher than in large metro areas. One only needs to hear a few of these stories. The desperation is palpable, especially in communities in the rural areas.

I guess I am the liberal elite. Educated enough to be comfortable. Comfortable enough to care more about decency than money. So I am sometimes not what economists would refer to as rational. Even though most conservative policies would and will benefit me personally, I do not vote conservatively. I try to vote for the overall health of our nation.

I am also fairly insulated in my day to day life. I live in a fairly well-off, white suburb, where even if you are a person of color, you have been assimilated into white behaviors. We don’t talk about money. And not having a job comes with intense psychic and economic stress, and is generally only shared in confidence.

Many folks are working through this. Here are a few the policies and side-effects of espoused policies, that I am presently most concerned about in the aftermath of this unusual election:

As a systems thinker, I have always been highly aware of the profit motives. See how denying Climate Change adds wealth to those who have invested in traditional carbon-based energy? It allows those corporations to continue extracting profits out of relatively fixed assets. With no investments in R&D, or in distribution networks, this sector remains profitable for them. It’s pure capitalism, maximize your return on investments already made. In other words, they do not want to shoot their cash cow.

How about Racial Injustices leading to inequities? So many examples. Taking land from indigenous peoples to increase profits for carbon-based energy companies is one. The Prison Industrial Complex is another, a growing industry that makes big profits by operating prisons, and enables other corporations to increase their profits by selling prison labor well below market price. I recently researched and wrote about that here.

Important to note, online and network media are big business too. Fomenting division, hate, and fear among Americans makes people consume more of their product. These corporations are present in every wealthy person’s investment portfolio as well.

Now, most people that are struggling to survive, many in small towns across America, do not hold large investment portfolios, so any increases in corporate profitability due to these policies accrue exclusively to the wealthiest people – and not folks in the rural areas.

It seems the key promises that moved our fellow citizens in the rural areas to vote, were
1) bring jobs back to America, and
2) shake up the complacent government. 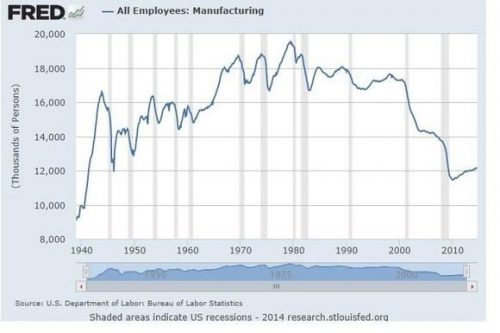 Will additional jobs be created from the policies related to my list of concerns? Maybe a few, but these policies don’t translate into large shifts or increases in investment, just more of the same. And they likely won’t be at a living wage, thanks to industry lobbying, and businesses that use undocumented workers or prison labor to keep prevailing wages suppressed. I would expect further increasing inequalities from the package of promises if they are enacted.

There is a lot of organizational inertia in government systems. And every American I’ve talked to thinks there are a lot of problems in all of the them. I would love to see some thorough, systemic thinking go into the fixing or redesigning of various governmental functions, but don’t expect it in the very short-term. We shall see how much of a dent is made.

As for decency, the way of the peaceful warrior is my plan. Others have said it well:

“When the levers of power are seized by the [small] hands of hateful men, you work hard, you stand with those who are most vulnerable, and you don’t give up until it’s morning again.”
– Liel Leibovitz

More on that in another post. Stay well, dear colleagues.